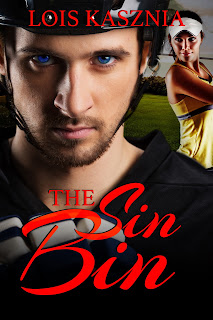 My one friend from high school, who is single and has no children told me she can’t multi-task. I’m sure she can, but hasn’t used that ability.

Then I think about my life this week and everything that has been thrown at me and you know what? I don’t think I can either. I might try but I’m worn out!

Monday was crazy. I tried to work on two of my books, but then catching up after three days off, set me back. My daughter complained about her jaw and tooth hurting and she made an appointment with the dentist.

You see, she had braces when she was in college and they had to remove two teeth because she had too many teeth. She needs implants and can’t afford them. Once she had the braces off, the orthodontst made a retainer for her so the teeth will stay straight. She’s broken the retainer a few times and the assistant came up with this idea of adding another ‘tooth’ to the mixture. This was two weeks ago.

At the dentist, she found out that this retainer had cracked one of her molars and now needs a crown and the dentist told her that she should make the orthodontist pay for it.

Wednesday, it was back to the orthodontist who fixed the retainer and no, she’s not going to pay for it because my daughter should have told them right away rather than wait two weeks. We’re talking about $500. Tears! The dentist can’t work on it until the swelling goes down.

Our pool. For pool owners, you’d understand. It’s our first and last pool. Too much money! It’s behaved for a good year but the luck ran out. The fountain and the cleaner motor worked, but the pump was leaking. In one night, I lost three inches of water. I called my pool repair, who usually is prompt and they said they would come out Wednesday. Okay. I turned on the outside spigot to fill the pool and guess what? The spigot is leaking. I contacted my handyman and he said he wouldn’t touch it with a ten foot pole. That does not bode well with me because after the monetary charge from my regular plumber, they are a bunch of scam artists!

In the meantime, my roofer showed up for the last of his checks from the insurance company for our roof repair. When I showed the spigot to him, he said he had a great plumber so I called him. He said he would show up on Saturday to fix it.

Also on Wednesday, my high school girlfriend drove back from our reunion in Springfield, IL and spent the night with us.

Guess what? No pool repair guys show up.

Thursday, I called my pool company and they assured me I was on the ticket for Friday because they ran into unexpected work. The temps are in the upper 90’s and with the pool not running, you can have green or black algae which is hard to correct. I’m not a happy camper.

I wait Friday for the repair men and by two o’clock, I’m fuming. I called the manager and I was not nice. She promised she would have a technician out there first thing Saturday morning. I replied that I have been told that for the last three days! Why should I believe her?

Saturday, lo and behold! The repair man shows up at 9 am. I know who he is. He used to be a pool cleaner and is now learning how to be a technician. He looks at it and tells me what needs to be done. He takes off in his work van and comes back with the senior technician, whom I know very well. It takes them until 3:30 to fix it.

In the mean time, where is the plumber? No word, nothing. At 4 pm, the heavens open up and it rains. I don’t think he’s going to make it. Call me to tell me he can’t make it? Ha! We lost power seven times last night.

Can I please have a week where there is no drama? I know things could be worse and I thank God they aren’t, but still….